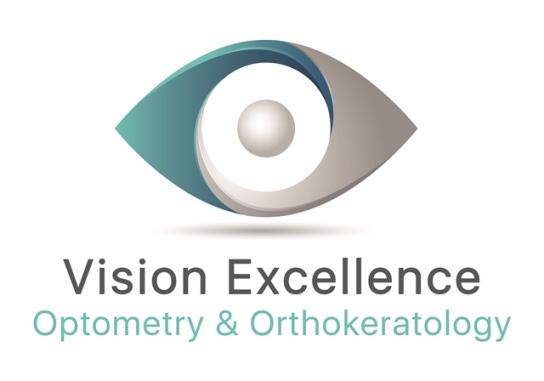 Basic research has given us important clues to the environmental factors that incite axial elongation in children’s eyes—and new clinical technologies allow us to harness these insights and slow myopia progression in developing eyes.

Like autism and allergy, myopia is a well known condition that appears to have suddenly skyrocketed in prevalence. Comparing the myopia results of the 1971-1972 National Health and Nutrition Examination Survey to the same study three decades later (1999-2004) finds that the prevalence of myopia in Americans between 12 and 54 years of age increased from 25.0% to 41.6% (P < 0.001) (Table 1).1 This growth of myopia in the US is just part of a worldwide trend toward increasing myopia prevalence that cuts across cultures and gene pools, leaving little question that the increase is real, rather than an artifact of increased interest or poor experimental design.2

If one looks across generations the trend is clearly visible. A recent population-based, multi-generational study from south China found myopia prevalence to be significantly higher in the children than in their parents (78.4% in 15-year-old children, compared with 19.8% in the parents, p < 0.001).3

Myopia rates are particularly high in East Asia. For example, rates as high as 80% to 90% have been reported among recent school graduates in China.4 While this extraordinary prevalence of myopia is driving interest in myopia control in Asia—where much of the research on myopia development and control is conducted—there is good reason for interest here as well.

While myopia may be a growing phenomenon, it can be readily corrected with glasses and contact lenses; and refractive surgery can provide a near-permanent correction. Why then is myopia control (as distinct from myopia correction) important?

First, there are enormous social and personal costs to myopia. The hundreds of millions of people around the world who wear glasses or contact lenses would be much happier if they could be less dependent on these devices—and they would collectively save billions of dollars in the process. In addition, myopia, especially high myopia, is not benign: it is associated with increased risk of retinal detachments, myopic degeneration, myopic macular hole formation, and other serious morbidity.

Most important, myopia control is becoming possible. Once thought of as almost solely a product of genes, it is now clear that myopia development has a very large environmental component. With myopia rates rising rapidly around the world, we have to ask: What global change in the human environment is driving this? The answer appears to concern education, economics, and electronics, which have forever changed the things we look at and how we look at them. Beginning in early childhood, the onslaught of near-vision demands from books, computers, video games, and hand-held devices has an effect on how eyes develop.

The connection between intense near work and myopia has been noted for many years, giving rise, for example, to the term “school myopia.” As a result, some attempts to reduce myopia progression have focused on reducing accommodative effort in children with the prescription of bifocal or progressive spectacles or contact lenses.5 A Cochrane meta-analysis, however, found a mild effect with these means of correction.6

A stronger effect on myopia progression was found with antimuscarinic drugs, including pirenzepine and atropine.6,7 The mechanism by which these agents affect myopia progression is not fully understood but is not thought to be related to accommodation. Near vision correction and medication continue to be used by a few clinicians to control myopia, but between the variable and unpredictable efficacy of the interventions, and the side effects of the drugs (which are used off label), few practitioners bother with them.

In the last 10 years, a considerable research effort has been directed toward finding the environmental elements that incite myopia progression, and much has been learned from work in animal models, including primates. We now believe that the stimulus to axial elongation—and hence to myopia progression—is defocus not in the central retina but in the mid-periphery. In experimental models, when the light incident on the mid-peripheral retina was in focus, the eyes did not elongate (irrespective of whether light to the central retina was focused). In particular, hyperopic defocus on the mid-peripheral retina appears to cause axial elongation and, thus, myopia.8

Coincidently, current overnight orthokeratology lenses produce a corneal shape that seems to be ideal for preventing axial length progression. Orthokeratology makes use of “reverse geometry” lenses that are relatively flat in the center with a steepening mid-peripheral curve, allowing the epithelium to move into that region and thicken in the mid-periphery. Wearing these lenses at night causes the cornea to become temporarily flat centrally and a little steeper in the mid-periphery. As a result, the orthokeratology cornea produces a focused image on the macula, which the lenses were designed to do; but the corneal shape that orthokeratology induces also provides the mid-peripheral retina with a focused image, a completely fortuitous effect that turns out to be useful for myopia control.

When anecdotal evidence about the effect of orthokeratology on myopia progression began to accumulate, investigators asked whether using those lenses affected not just refraction but axial elongation. A pilot study, the Longitudinal Orthokeratology Research in Children (LORIC) by Cho and coworkers in Hong Kong compared children in orthokeratology lenses (n = 35) to an age- and sex-matched group of spectacles wearers.9 At the end of 2 years the orthokeratology group had significantly less axial elongation and about half the growth in vitreous chamber depth.

In the US, Walline and coworkers performed the Children’s Overnight Orthokeratology Investigation (COOKI), a 6-month pilot study (n = 23) examining the safety and efficacy of wearing reverse geometry rigid gas permeable (RGP) lenses overnight, in children between the ages of 8 and 11 years old. They found that the orthokeratology lenses were more effective at treating the children’s myopia than spherical RGP lenses, and there were no serious adverse events.10

COOKI was followed by the larger Corneal Reshaping and Yearly Observation of Near-sightedness (CRAYON) study in which Walline and coworkers compared orthokeratology lenses to soft contact lenses in groups of age- and sex-matched children who were randomly assigned to either modality. In this as-yet unpublished study, the orthokeratology group was found to have 0.16 mm less axial length elongation and 0.1 mm less increase in vitreous chamber depth.

A well-designed comparative study from Japan found an increase in axial length during the 2-year study period of 0.39 mm ± 0.27 mm in the orthokeratology group vs 0.61 mm ± 0.24 mm in the control group (spectacles wearers) (P < 0.0001).12 In another Asian study currently in press, Cho and colleagues performed a 2-year randomized clinical trial called Retardation Of Myopia In Orthokeratology (ROMIO) which included children aged 6 to 10 years who wore either glasses or overnight orthokeratology lenses. At the end of 2 years, the mean axial elongation in the orthokeratology group was 0.36 mm, vs 0.63 mm in the control group.

Cho and coworkers also documented that myopic progression proceeded most rapidly in children aged 7 to 8 years. Specifically, among the 7- to 8-year-olds, 65% progressed more than 1 D per year, while among the 9- and 10-year-olds, only 13% had such a high rate of myopic progression. This has important implications for the timing of interventions to control myopia.

I have personally been performing overnight orthokeratology since 2002 and have yet to see a corneal infection in one of these patients. In addition, a large post-market study is underway to determine the true incidence of infection in orthokeratology patients, which at this time appears be on the order of 7.7 per 10,000 per year—roughly comparable to the reported incidence in daily wear soft lenses.14

Safety is increased by the fact that orthokeratology lenses are not worn during the day. Most keratitis is painful, but a contact lens that stays in the eye—eg, an extended-wear soft lens—will protect the eye and moderate the pain, at least for a period. But orthokeratology patients take their lenses out each morning. If pain persists or worsens when the lens is taken out, they are motivated to come to the office.

A Modality that Works

Although RGP lenses are not known for being comfortable, orthokeratology lenses are worn only at night when the patient sleeps, so there is no discomfort from lens-lid interaction. These are large lenses (by RGP lens standards) that don’t move on the eye and provoke sensation. In addition, the materials used now are highly oxygen permeable.

As a group, US ophthalmologists have been slow to embrace orthokeratology. While it is true that early orthokeratology had little value, the current procedure is radically different, and there is now also a large body of scientific literature supporting both overnight orthokeratology and its use in myopia control. We know that the technique works, and to a significant degree, we know why.

Orthokeratology is satisfying for the practitioner. For many children, getting out of glasses gives a big boost to self-esteem; and their parents are gratified to be doing something positive for their children by reducing their myopic progression. Among kids who are active, orthokeratology is safer than glasses for contact sports and safer than ordinary contact lenses for swimmers. Myopia control is just one of many compelling reasons to add orthokeratology to a practice.

Myopia prevalence is increasing rapidly around the world. East Asia is the most affected region, but rapidly rising rates of myopia can be found throughout the developed world. Research in animal models has shown that axial elongation can be triggered by hyperopic blur in the peripheral retina. The explosion of near-vision tasks to which children have been subjected in developed countries is thought to be behind the rising rates of myopia. Both drugs and overnight orthokeratology have been shown effective in slowing myopia progression in children. Among the demonstrated safety and efficacy, there are many good reasons for ophthalmologists to consider adopting orthokeratology in their practices.

Bruce H. Koffler, MD, is the founder and medical director of Koffler Vision Group and an associate clinical professor of ophthalmology at the University of Kentucky College of Medicine, both in Lexington, KY. He was assisted in the preparation of this manuscript by Refractive Eyecare editorial director David Kellner. 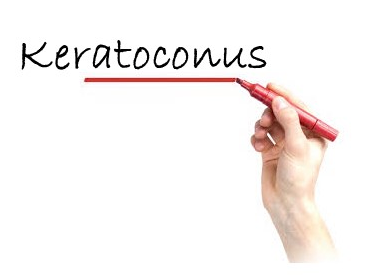